Myoko Kogen, an hour north of Nagano, is an authentic and rustic traditional Japanese mountain town famous for receiving copious amounts of snow – over 45 feet (14 m) each winter providing an average 13 foot (4 m) base. The area is one of the top three destinations (some say the best) for riders alongside Nozawa and Hakuba on Japan’s main island Honshu. Myoko is so highly regarded that the Japanese Imperial family often stay at the ski-in ski-out Akakura Kanko Resort & Spa where they can watch the sunset over the valley from an infinity-edge onsen.

Myoko offers skiing from mid-December to mid-April across 5 main resorts from three distinctive bases, with two more accessible to the east on Mt Madarao. The Myoko Mountain range lies close to the Japan Sea and includes several high summits, including Myoko (the tallest at 8000 feet (2454 m), Mitahara, Akakura, Kurohime, Mae, and Maru.

These peaks and their surrounding slopes are blanketed in deep powder snow all winter and it is not unusual to wake up to 3 feet (30cm to a meter) of fresh powder.

There are several villages along the valley floor at the base of the ski area lifts –  Suginosaw Onsen, Ikenotaira Onsen, Shin-Akakura Onsen, Seki Onsen, and Akakura Onsen, with Myoko Onsen a little further afield. All are linked by the low-cost Myoko Shuttle bus which runs continuously during the day. The towns are steeped in local custom and culture and filled with many traditional Japanese ryokans, pensions and lodges, and large and small hotels. An increasing number of Western-owned and Westernised businesses have opened here yet authenticity remains.

Myoko is also renowned for its numerous onsen and beautiful scenery, from sunrises over Mt Myoko to volcanoes, Lake Nojiri, and views to the Sea of Japan on clearer days. Such extraordinary natural assets see the area consistently voted one of the most beautiful ski areas in Japan. 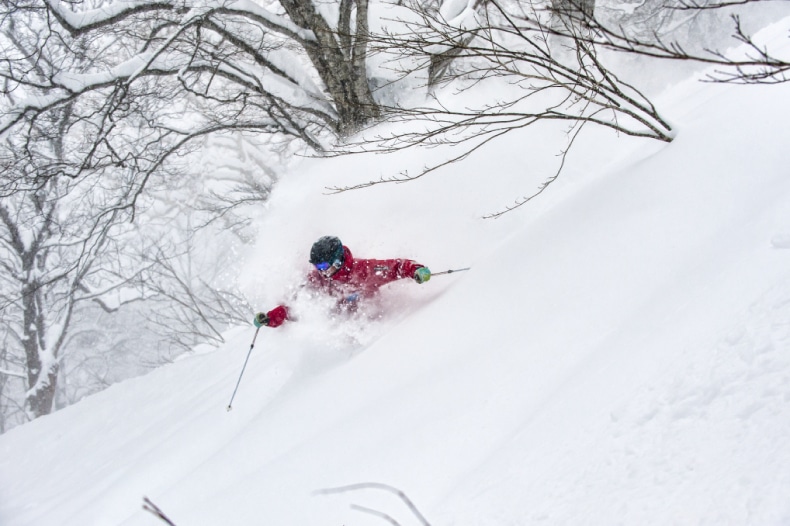