Shiga Kogen is Japan’s largest ski arena with 18 linked ski areas – including Nagano, site of the 1998 Winter Olympics – located throughout 5 adjoining valleys. One ticket accesses all areas and lifts, and a shuttle service running a non-stop shuttle during the day links the entire network. The region’s geographic diversity and heavy snowfalls produce superb conditions, somewhat drier snow than found in resorts closer to the coast, and one of Japan’s longest ski seasons running from late November and often into May.

A big plus for visitors is having Japan’s world-renowned tourist attraction of the snow monkeys, on their doorstep. About 200 of the snow monkeys called macaques can be seen playing in the snow and bathing in natural hot springs, or onsen, in the special park about a half-hour drive from Shiga Kogen. Tourists can enjoy soaking just as much as the macaques, with dozens of onsen all over Shiga Kogen and located in hotels and lodges.

Skiing here started in 1923 when an adventurous couple brought skis to the Kanbayashi Hot Spring and laid tracks around the farms and valleys. Their skiing piqued the locals’ curiosity and soon the youth in the area followed suit. About a decade later, a group of skiers from Norway declared the area ‘the Saint Moritz of Asia’. 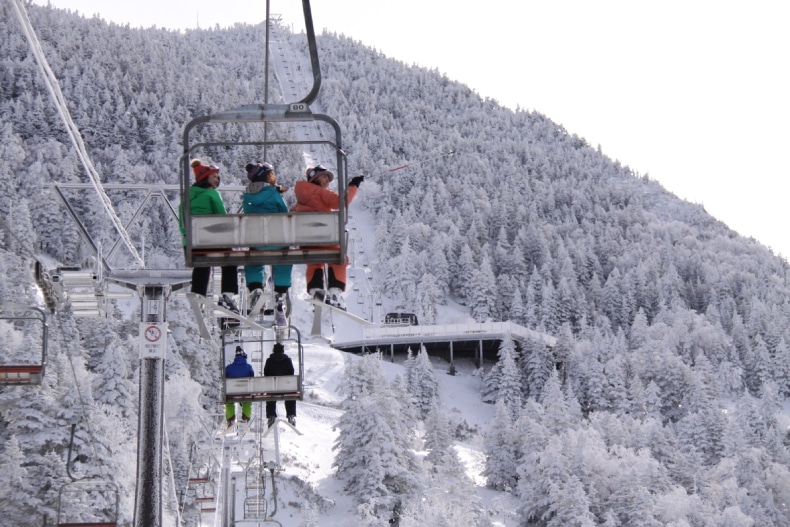