Visiting Zermatt is often described as a bucket-list experience. Located in a fairy tale setting at the base of the world renown Matterhorn, Zermatt is Europe’s highest resort and makes for a truly magic vacation. The picture-perfect alpine destination, easily reached by a seamless 4.5 hour train ride from Zurich, is seen as an ideal winter resort for delivering  beautifully on so many fronts, from remarkable scenery and excellent slopes to lovely restaurants both on and off the mountain all centred around a charming European alpine car-free village. Even Zermatt’s modern buildings are built in the style of the its original chocolate-box chalets, the entire settlement prettily arranged either side of a river dramatically and flanked by steep mountainsides.

Zermatt nestles at an altitude between 1620m and 3820m offering 2279 meters of vertical – the second longest in the world – and is now home to  the world’s highest ski lift, the Zermatt Bergbahnen AG. This impressive, state-of-the-art tramway takes passengers to the top of the 3883 meter high Klein Matterhorn. A total of 38 companies from Switzerland and Italy were involved in the construction and design of this ultra-modern feat of engineering.

For skiers and snowboarders, Zermatt offers no less than 360 km of piste covering both Switzerland and Italy, allowing visitors to ski into the neighbouring country for lunch and home again for dinner. The mountain is divided into 3 separate areas all accessible from various parts of the village. About 10% of runs are dedicated to beginners and learners, 55% to intermediates and 36% to advanced and experts. There is also a long-established helicopter skiing operation.

Zermatt is blissfully peaceful thanks to being a pedestrian village where only horse-drawn sleighs, electric taxis or your own two feet are the only modes of transport. The mountain above is built to mirror this relaxed atmosphere: thanks to Zermatt being a destination-only resort coupled with a lifting system able to transport almost 100,000 people an hour uphill, the slopes are always uncrowded. 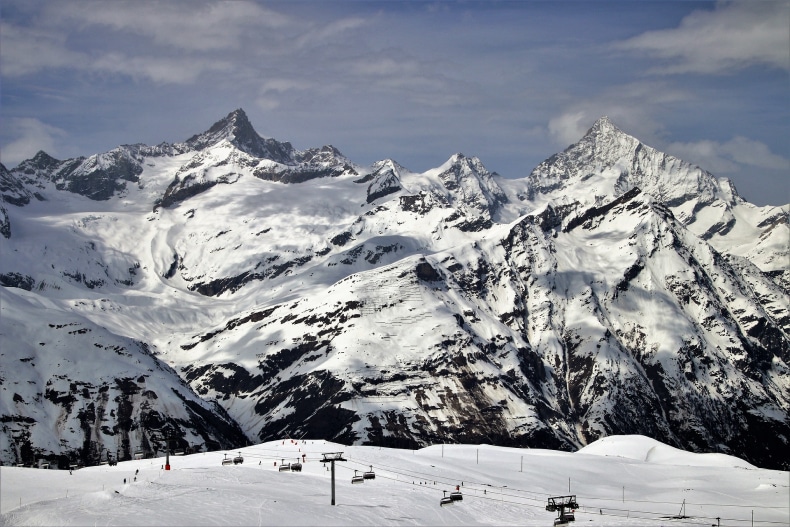 Accommodation, lifts, lessons and package deals will launch in 2019 for the 2019/20 season.

How To Get To Zermatt

Your can get to Zermatt via a stunning train ride, taxi or helicopter. The town of Zermatt is car free and is accessed via a 12 minute shuttle train ride from Täsch. Zermatt shuttle trains depart every 20 minutes.

You can arrive into any of the following international airports: Zurich, Geneva, Basel, Milano and Bern. Zermatt has its own heliport, operated by Air Zermatt.

Travel Times From The Airport To Zermatt 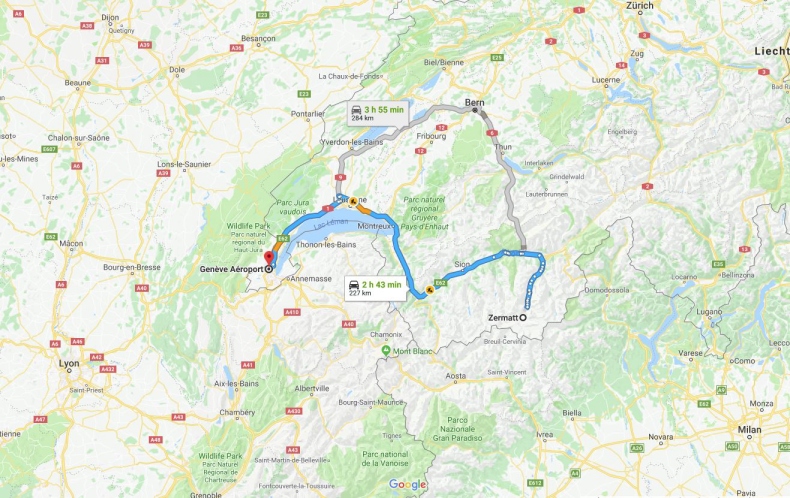