Jackson Hole Mountain Resort is Wyoming’s largest ski destination, world-renowned for its natural beauty and excellent skiing. The ski resort is in a remarkably spectacular setting on the flanks of Wyoming’s dramatic saw-toothed Teton Mountains which shoot straight up from the valley floor. Jackson Hole has a strong reputation as a mecca for the advanced but rest assured there is plenty here for intermediates and beginners. 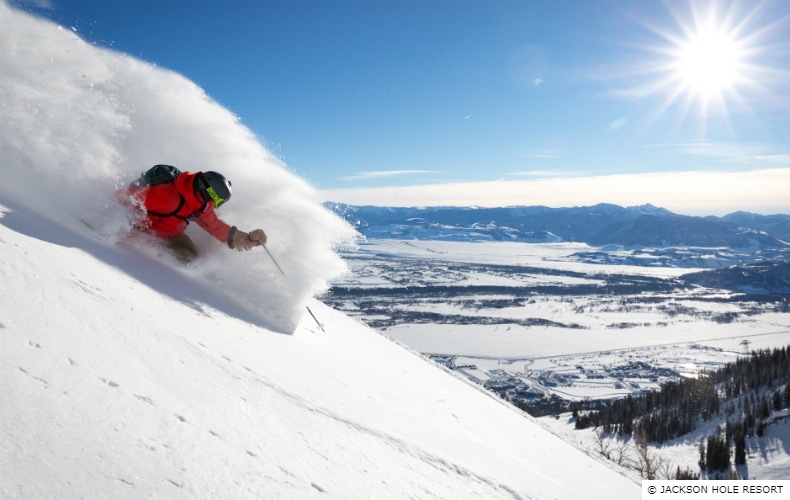 Visitors stay either in town or at the base of the ski area in Teton Village 20 minutes drive away. Teton Village is a collection of mostly ski-in ski-out lodging, ranging from superior condominiums, to log cabin rentals and five-star hotels along with many bars and good restaurants.

Jackson Hole’s 2,500 acres (1,011 hectare) ski area lays claim to the 3rd longest vertical drop in the US – 4139 feet (1,2162 m). Almost 39 feet (12 metres) of snow falls each season and the powder here can be some of the lightest you will experience. The mountain is famous for Corbet’s Couloir, a double black diamond chute almost vertical at the top, and usually requiring a bold leap over rock to enter.

Jackson is well placed for side trips to world famous Yellowstone National Park and Grand Teton National Park. Wildlife abounds throughout the area and it is common to spot bison, elk, coyotes and foxes and more, simply on the drive from the airport to your hotel. 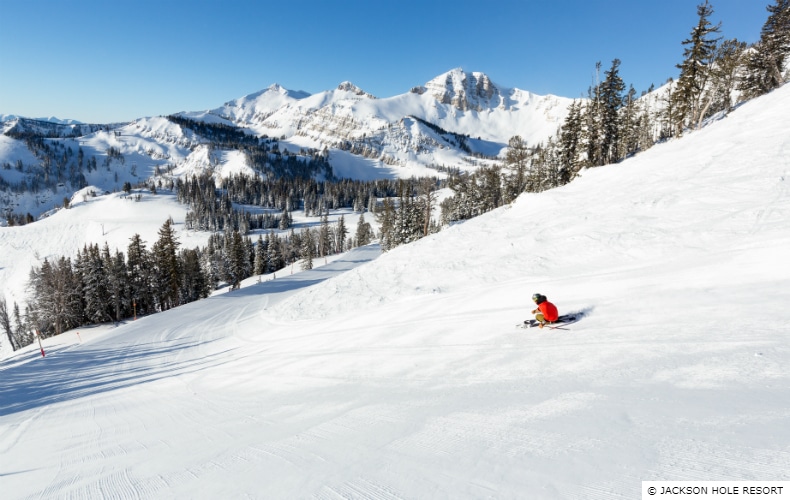 Teton Village offers much high-end lodging. The Four Seasons has a lovely outdoor heated landscaped pool area complete with waterfalls tumbling over boulders. Other upscale hotels include the stylish Snake River Lodge & Spa where the impressive indoor pool area is perfect for family-friendly apres-skiing fun and games. The town of Jackson offers the full gamut of accommodation styles. 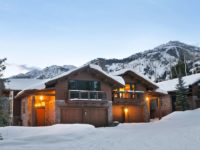 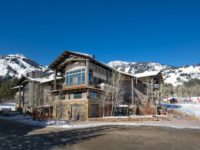 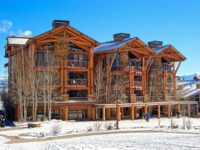 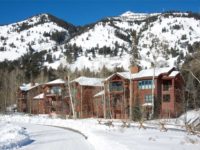 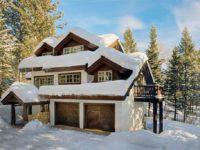 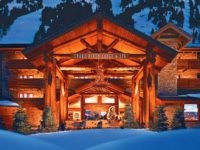 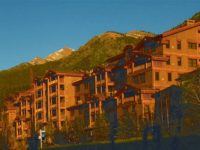 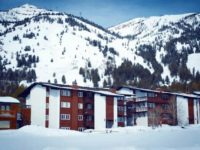 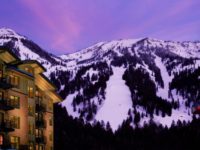 The ski area is laid out across two peaks, Rendezvous Mountain and Apres Vous. The expert-only Rendezvous Mountain is only for advanced and experts, its summit accessed by Jackson Hole’s iconic red tram, and leads to only black diamond runs with the exception of a few traverse trails. The large Apres Vous area is blessed with a fall line perfect for intermediate skiing who can enjoy numerous blue cruisers and a handful of black runs should they want to take the leap into something more adventurous.

Bridger and Sweetwater Gondolas are the major lifts onto Apres Vous and the popular Casper area. Sweetwater accesses intermediate trails that are steep, wide and less technically challenging than those elsewhere. The beginner area is located at the base of Apres Vous, covering an expansive and oh-so-gently sloped area with the widest of runs at the bottom of the ski area and is served by the Teewinot Chairlift.

By far the most famous expert run at Jackson Hole is the legendary Corbet’s Couloir on Rendezvous Mountain. Glimpse the run from the tram as it cruises past. Local lore has it that in 1960 a mountaineer named Barry Corbet spotted the narrow funnel of snow high up on the mountain that was to one day become Jackson ski area, and said: “Someday someone will ski that.” 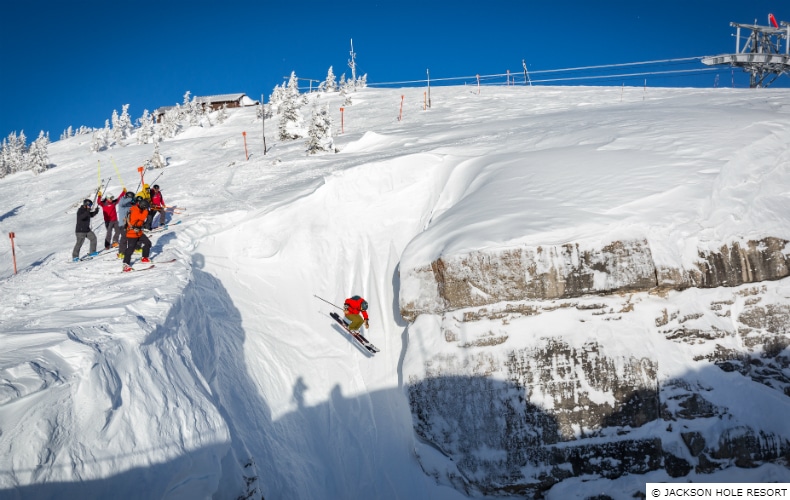 Helicopter and cat skiing are also on offer as are backcountry tours. High Mountain Helicopter Skiing has operated in Jackson for over 40 years on a tenure stretching across five mountain ranges surrounding the ski resort. Grand Targhee Guided Snowcat Adventures takes up to 11 skiers or riders into almost 617 acres (250 hectares) of untracked powdery paradise on nearby Peaked Mountain.

How To Get To Jackson Hole In Winter

Jackson Hole Airport (which happens to be the only airport in the US located within a national park) is 35 minutes from Jackson’s Mountain Village.

The Jackson Hole Airport (JAC) is located 20 miles (32 km) from the resort.

Travelling to Jackson Hole By Car 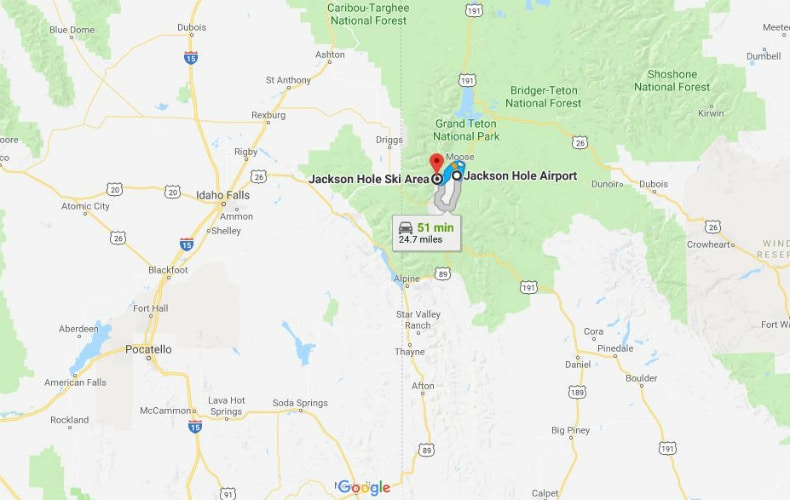 Lessons for children start with Pioneers for 3 year olds, progressing to Rough Riders from kindergarten age and Explorers for the older kids.

Adults are catered for with regular lessons and several specialised camps. Intermediates who enrol in the Steep & Deep Camps here will be well on their way to calling themselves advanced after completing the Jackson camp. Top coaches are assigned to groups and the camps are offered to skiers, boarders, telemarkers and disabled riders.

Another way to boost your skills is to rustle up 5 people and sign up for a day with Jackson Hole ambassador, Olympic medallist Tommy Moe. Moe has called Jackson home for more than a decade. In his clinics he takes groups to his favourites stashes and tours all over the mountain. Open to intermediates and expert skiers only. 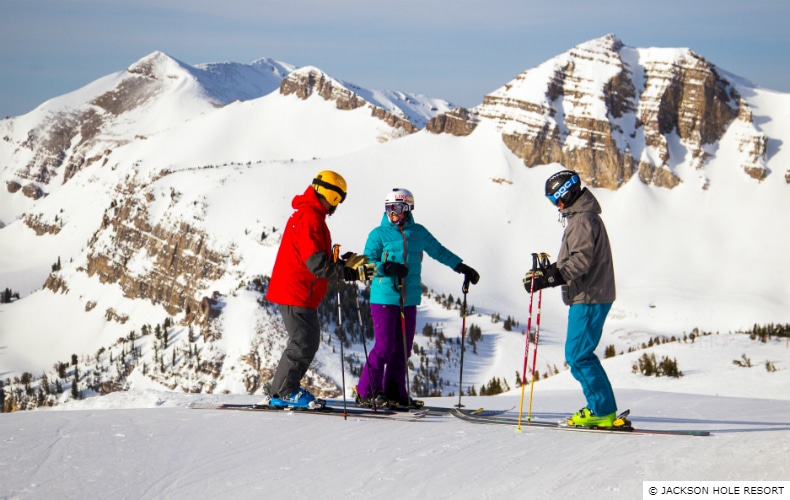 Tours, Activities & Things To Do In Jackson Hole

Heart pumping pursuits include paragliding, joy flights, winter biking, and snowmobiling as well as sleigh rides for the romantics. Full day snowmobile tours. The Kids Ranch can take children aged 4 to 14 years off your hands for a night or two with activities from 6pm to 9pm. 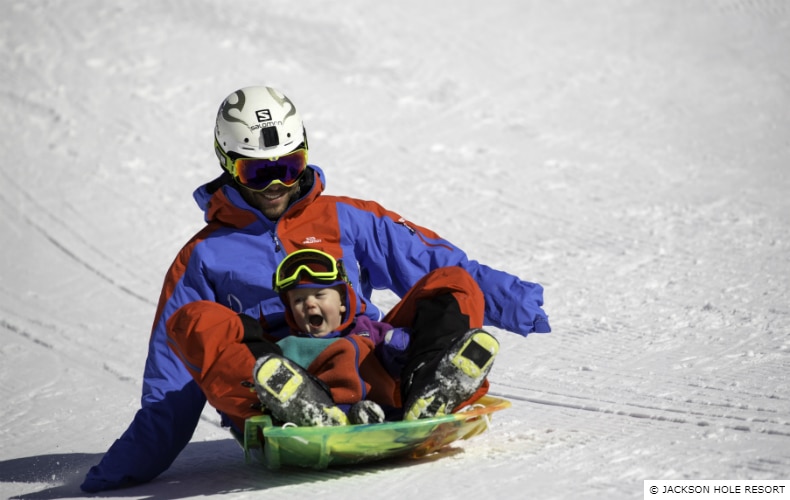 National Elk Refuge Sleigh Rides
Take a horse-drawn sleigh ride among an elk herd that number in the thousands.
Phone: +1 307 733 0277

Jackson’s food scene has evolved to the point that restaurants and chefs here are winning awards for their excellent, inspired cuisine. One of the reasons is Jackson’s strong farm-to-plate tradition, which means that along with regular apres-ski faves like nachos and beer this is one of the best ski resorts to sample local bison, elk and trout. Jackson has more than the usual share of exotic international options too, from sushi to Thai and Indian. Meat lovers are in for a treat at Million Dollar Cowboy Steakhouse, and for a healthy option, pair a Bloody Mary made with freshly squeezed beetroot juice with one of the gourmet vegetarian meals at Lotus.

Ride up Bridger Gondola for a luxurious lunch at the 9000-foot high Piste Mountain Bistro. Book a table by the window to enjoy an incredible view across the valley with your delectable meal.

Teton Village has a good range of excellent restaurants most of which attached to the major hotels and lodges. Il Villaggio Osteria in Hotel Terra and the Westbank Grill at The Four Seasons are popular.

Nightlife is vibrant in both Jackson town and Teton Village. The go-to apres-ski bar and late-night venue in Teton Village has and probably always will be the Mangy Moose, a cavernous structure dripping in Americana. It’s open for lunch, dinner, drinks, and often has live bands and much revelry continuing late into the night.

The town of Jackson’s most famous institutions are The Cowboy Bar, where real saddles double as bar stools, and the Million Dollar Bar in the beautifully restored historic Wort Hotel, where precisely 2032 uncirculated 1921 Morgan Silver Dollars are inlaid into the bar’s countertop. 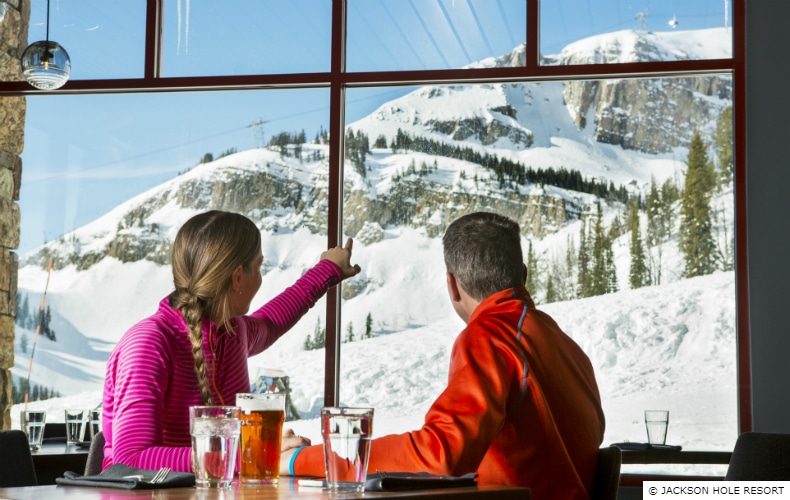 Tin Can Cantina
Location: base of the Bridger Gondola
Food: Quick bite, casual lunch or a margarita and chips with fresh salsa and guacamole
Bar: Yes
Phone: +1 307-732-3639

Anyone who has yearned for a pair of genuine cowboy boots or hat can happily end their search here. Jackson is well stocked with hand-fitted intricately designed cowboy boots and hats to match. Browsing and window shopping is a pleasant pursuit here, the streets lined with chic boutiques, cool quirky bookstores, Rocky Mountain-style furnishings and homewares, shops selling moose and bison treats and a good deal of art and photo galleries line.

Explore Jackson Hole trail maps to find your ideal place to ride, catch up with friends and more…