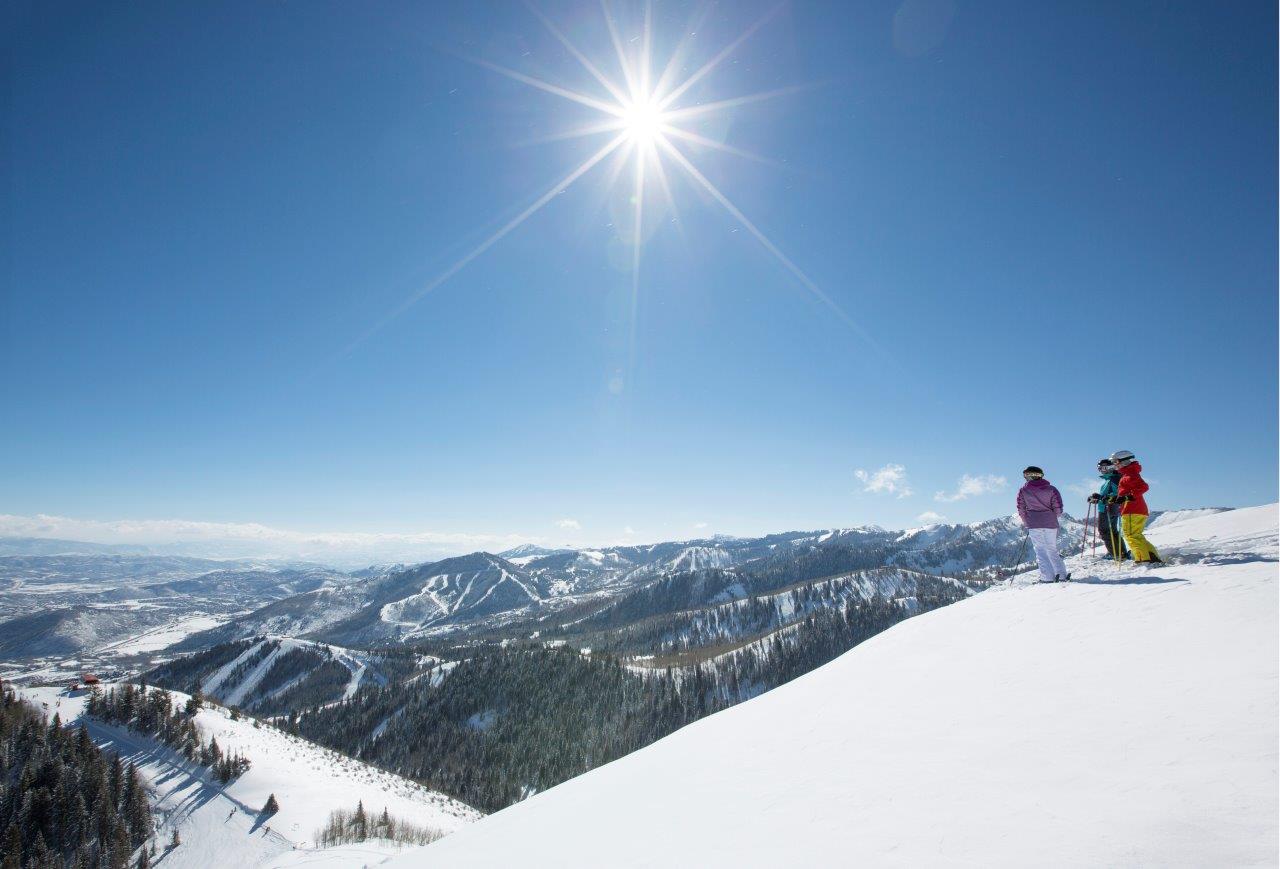 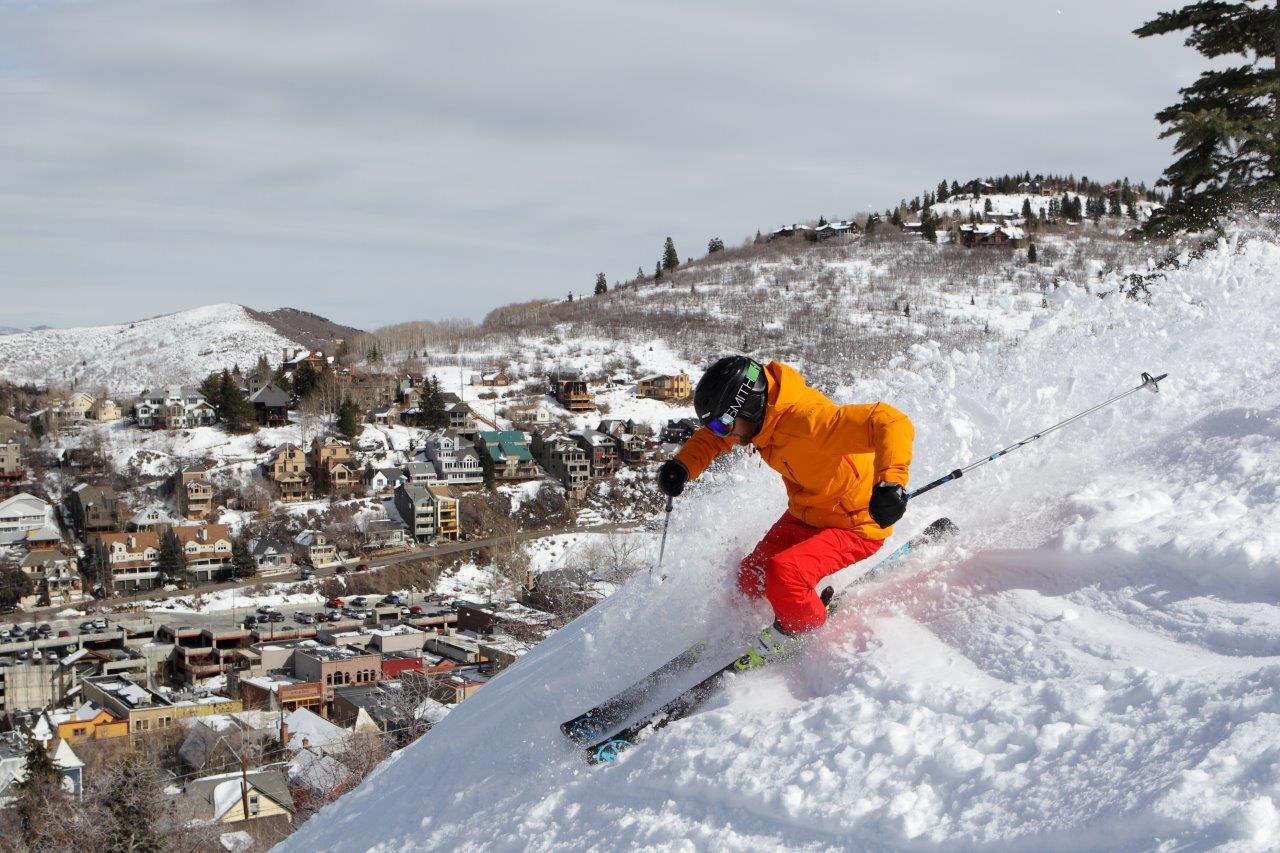 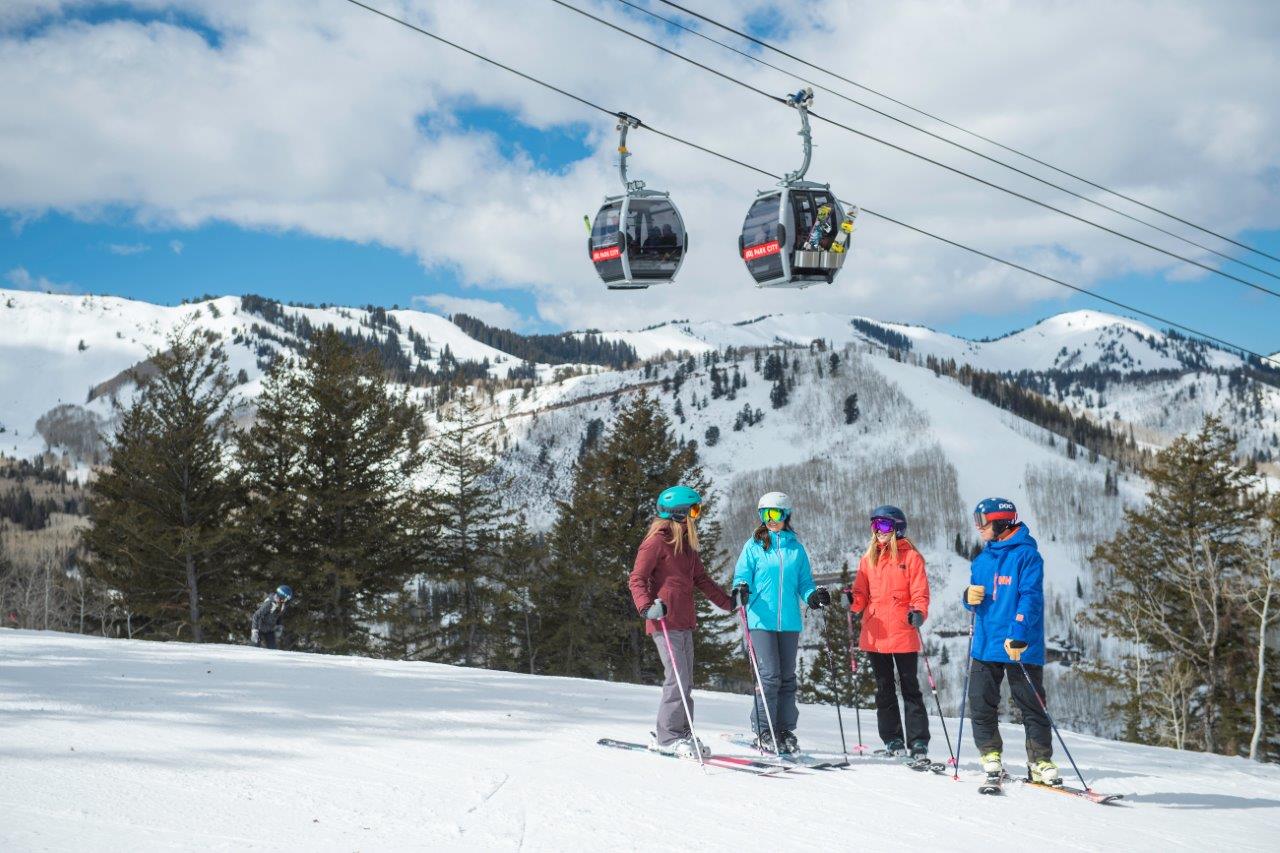 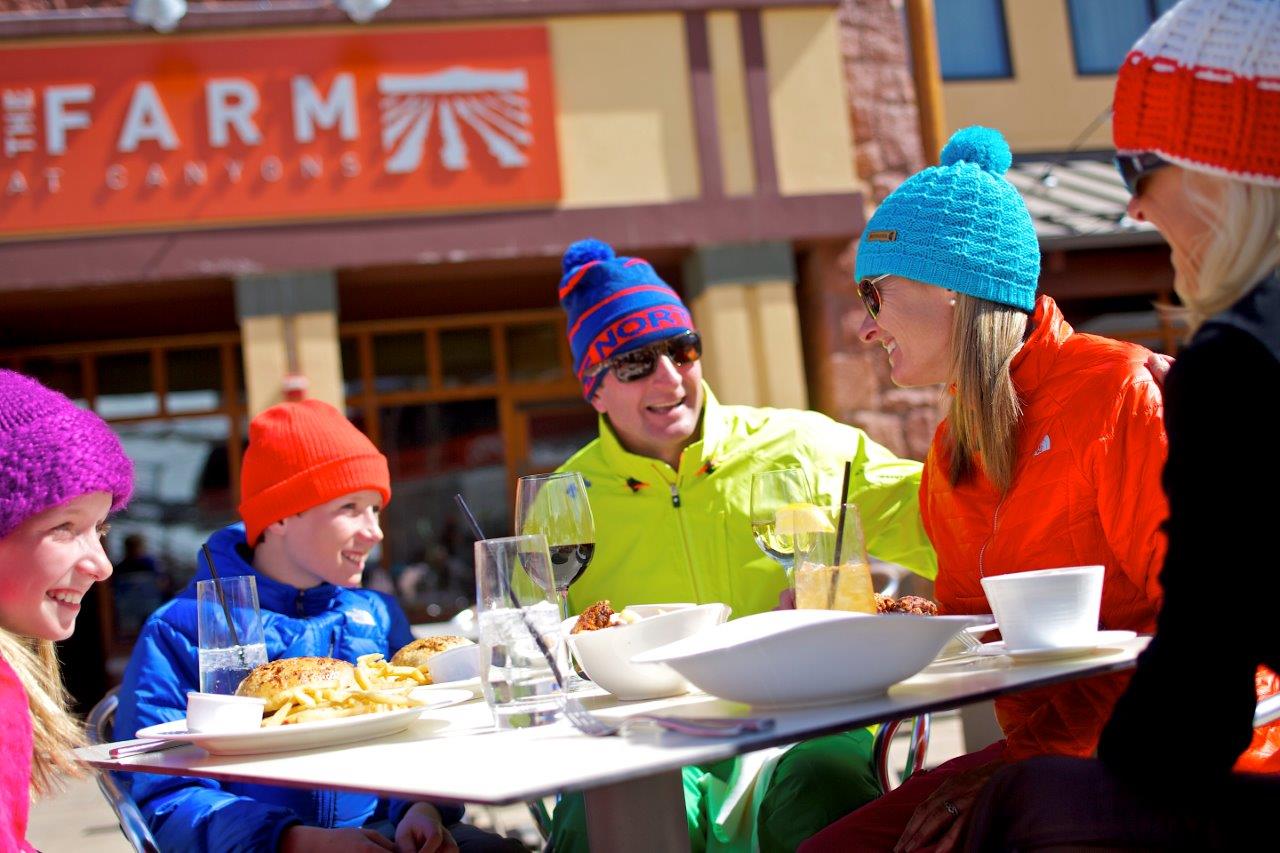 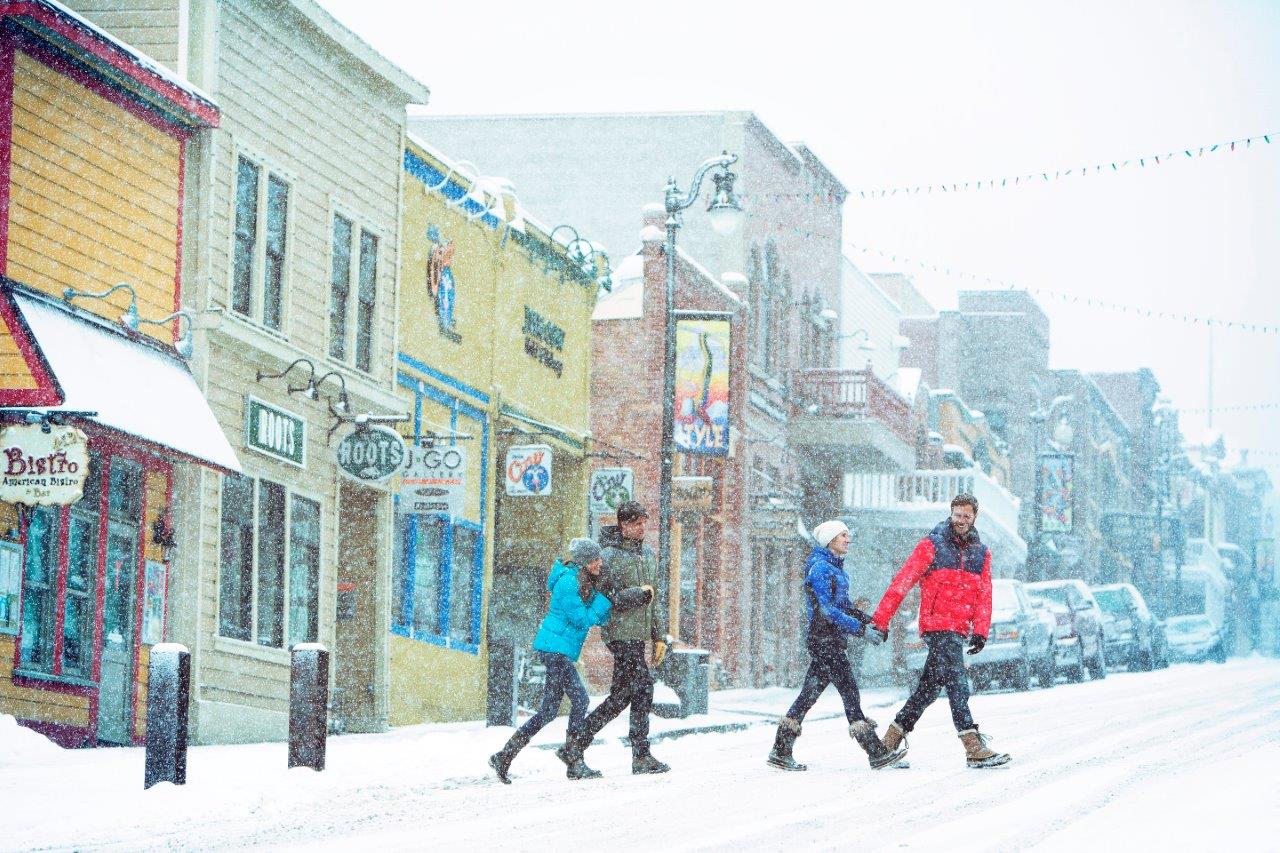 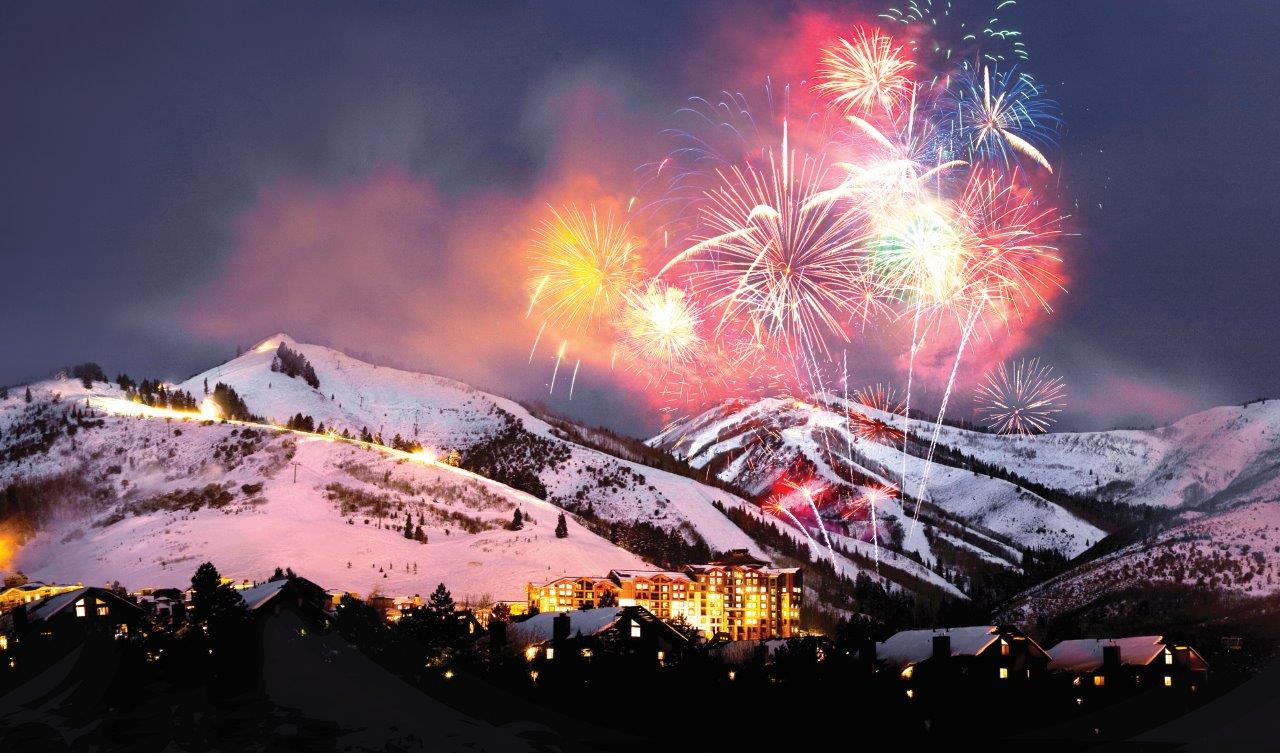 There is plenty of beginner terrain at Park City Mountain Resort with a great learning and lift-serviced beginner area right in front of the Mountain Village, or if you can already ski and ride the greens, you can catch the Town Lift and warm up on Drift and then head over to the family-friendly zone and gentle rollers of Claimjumper. Home Run is another green favorite with some great views to boot. You can access it from Bonanza lift, and it’s one of the longest green runs in Utah at 3.5 miles long.

Out of Canyons, you will need to ride the Red Pine Gondola and lap on the purpose-built beginner and learning area of High Meadow Park off the High Meadow Express, and you can also download back down on the gondola.

With 40 snowcats working two shifts, the snowcat team meticulously grooms and prepares around 120 runs across Park City mountain each night, ready for the gliding and carving on the next day. To say the skiing and riding at the resort is an intermediate’s paradise is right on the money. Park City Mountain Resort has it waiting for you if you can dream it, serious vertical, wide-open groomers, rolling terrain, open gladed areas.

The Georgeanna run off the McConkey’s lift will give you a great perspective on life in the mountain and in and town. Best known for its great views of Mt. Timpanogos, 10,420 Peak above Guardsman Pass, Heber Valley, and the town and the Uinta Mountain Range.

Hungry and thistly skiers will find what they are looking for after a run down Quit’n Time. As the name suggests, it’s often best just before lunch or at the end of the day as it drops you into Park City’s Old Town district. You can access Quit’n Time from the PayDay ski run via the PayDay Lift or Town Lift.

Located just above Canyons Village, Doc’s Run has a consistent pitch that allows you to ski in style all the way back to the village with ease. A ride up the Orange Bubble Express lift, and you get off at the mid-station near the Lookout Cabin, which, as the name suggests, has great views and a ripping fondue. Doc’s Run is a locals’ favorite way to end the day.

Jupiter Peak, Jupiter Bowl, and Murdock Peak assessed via Canyons Village have the highest concentration of expert terrain. Off the McConkey’s Express, a run down McConkey’s Bowl is a skier, and rider’s right of passage as you pay tribute with a few jump turns to its famous namesake. There is a treasure trove of runs off of this lift. If you need a warmup, try the blue Georgenna into the back Tycoon.

Once you have tracked this area out, head up Pioneer Lift and take the blue Jupiter Access to the Jupiter Lift and hit Main Bowl, and for those who like a hike, you can head over to the top of The Chutes or drop into Dead Tree to save your legs.

The Expert skiing in the Canyons requires a couple of chair lift rides. Firstly, you head up to the Orange Bubble Express with a warmup on Grizzly and then ride the Super Condor Express. From here, you have three main choices. Hit the usually untouched powder of Condor Woods or the aspen-lined glades of A Chute or Funnel Cloud, or you hike to Murdock Bowl and lap the Saddle and Whippets Chutes.

There is so much advanced and expert terrain to be had across Park City mountain, make sure you book for at least a week, but three weeks is obviously better!

McConkey’s and the surrounding trees are widely considered one of the best places to head on a powder day. If you want to avoid the crowds you can head over to Jupiter Peak and Jupiter Bowl and of course, with so many runs groomed each night, the rest of the resort is also awesome on a powder day!

Home to the US Ski And Snowboard Center of Excellence, Park City Utah is one of the best places in North America to train and race. The Center of Excellence welcomes Olympic, National, Regional, and Junior athletes and teams from around the country to come and train in their purpose-built 85,000 square foot state-of-the-art facility and then head out onto the slopes to hone in their skills.

They also offer a weekly Masters race program for those lucky enough to have access to Park City through the season.

When you visit Park City you gain access to six terrain parks that welcome beginners to the world-class athlete with their halfpipe and a mini pipe.

The Little Kings area is great for families and newbies looking to get their jibbing feet wet at the Park City Base or headed over to Pinedraw park at the Canyons Village base.

You can head over to Little Kings park off of the bonanza chair, it’s just below Jonesys where you will find a fun selection of small and extra small jumps, boxes, rollers, and berm turns.

This is the ideal spot to make a start with your airborne career, practice and learn new tricks, or nail down that troublesome trick that, until now, has had the better of you.

For some added fun you can take the Blaster Adventure Trail on your way there.

Aptly named after Park City’s mining history, Pick Axe is designed to give experienced and improving intermediates as big a blast as the miners got when they struck it rich.

Ok stepping it up even further, 3 Kings is Park City’s flagship park area with a wide variety of medium and large jumps, rails, wallrides, boxes, and bonks.

These three medium park offerings funnel into their widely respected and highly acclaimed rail garden before returning you directly to the lift.

If you are looking to go big, assuming you have the skills to pull this off, check out the Pick n Shovel terrain park where you can select from a wide choice of large jumps and jibs for the strongest of riders.

If you want to know what it was like to compete at the 2002 Winter Games, the FIS World Championships, and numerous Grand Prix events then head to the 22 foot Eagle Superpipe that runs over 550 feet in length. Now if you need to warm up first, Park City has you covered with a more mellow transition over at the 13 foot Merill Mini pipe.

From the First Time parking lot at Park City Base, when you look up you will see it is adjacent to the Race Arena and you access the pipe via 3 Kings chair and the Pick n Shovel Terrain Park.